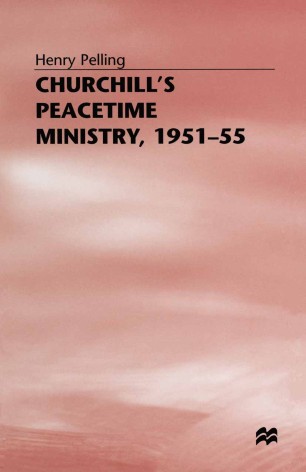 The first study of the Churchill government of 1951-55 based on the Prime Minister's political papers (including his correspondence with President Eisenhower) and diaries and letters of Eden, Butler and other ministers. A picture emerges, not of a Government dominated by Churchill as in wartime, but of many sharp disagreements about foreign and domestic policy. But in spite of Churchill's stroke in 1953 and Eden's serious illness they emerged to win major diplomatic successes. Meanwhile Butler and Macmillan both attained leadership status.