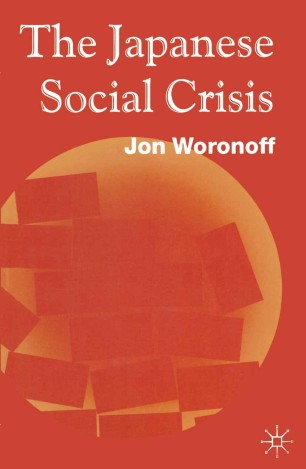 Political scandals, governmental instability and the poison-gas attack in central Tokyo show that Japan is passing through a serious social crisis. It affects virtually every social unit: family, school, company, political parties, religions and the nation. And it worries every segment of the population, young and old, men and women, management and labour, the elite and the plebe. Among other things, workers are growing dissatisfied with company life, families are undermined by discord and divorce, even the ruling Liberal Democratic Party collapsed (as did many of its opponents). The Japanese are ever harder to lead and the politicians, bureaucrats and businessmen who once led them are increasingly ineffective. Thus, while many reforms are mooted, and some are initiated, very few are actually implemented. Under these conditions, the many negative trends cannot be halted - let alone reversed - and the crisis should worsen.