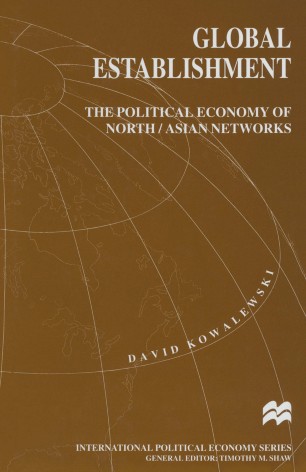 The Political Economy of North/Asian Networks

Global Establishment applies the theory of establishmentism to international political economy. After the 1930-80 period, which greatly damaged the interests of the elites of Northern countries, the establishments of the North increasingly meshed across national borders. They also forged close connections with the national establishments of Asian nations. Whereas this new transnational class formation, the Global Establishment, has been of great benefit to Northern and Asian elites, it has brought considerable suffering to Asian nonelites. These nonelites have fought back, in the form of numerous strikes, demonstrations, and terrorist acts.