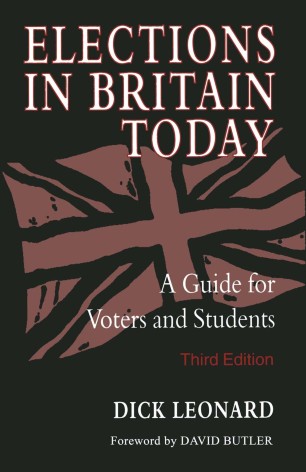 A Guide for Voters and Students

This is a lively and authoritative account by a leading political journalist and former MP of how the British electoral system works. It is addressed primarily to intelligent voters, but also to students of political science, government and British Constitution at universities, colleges and schools. It answers central questions such as: When are elections held? Who can vote? What happens on polling day? And how does one become an MP? It explains clearly how and why constituency boundaries have to be altered, how the parties are organized, how campaigns are conducted, the role of the media, how reliable opinion polls are and what happens at by-elections. This completely revised and up-dated edition deals also with local elections, referenda and elections to the European Parliament and describes clearly the main features of other electoral systems, including the main variations of proportional representation. The annexes contain a mass of electoral statistics and a thorough bibliography.

Dick Leonard is an historian, journalist and author and a former Labour MP. For many years he was Assistant Editor of The Economist, and headed their office in Brussels, where he was later also correspondent of The Observer. He also worked for the BBC, and contributed regularly to leading newspapers across the world. His publications include The Economist Guide to the European Union, Elections in Britain, A Century of Premiers: Salisbury to Blair; Nineteenth Century British Premiers: Pitt to Rosebery and Eighteenth Century British Premiers: Walpole to the Younger Pitt.