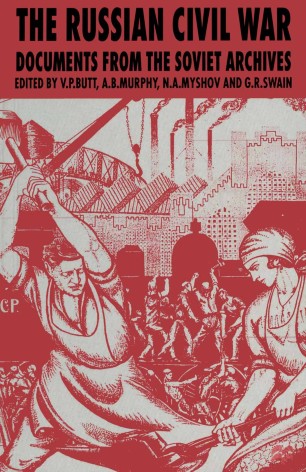 Documents from the Soviet Archives

Russia's experiences during the Civil War determined the framework within which the Russian people were governed throughout the Soviet period. These newly released documents reveal how the events of 1918-22 reflected struggles and tensions in Russian society that were more complex than the simple Red-White propaganda war. In this collection the authors have sought out documents which highlight the complexities of the struggle, exploring episodes which shed light on what was a multifaceted struggle which left wounds on Russian society which never healed.