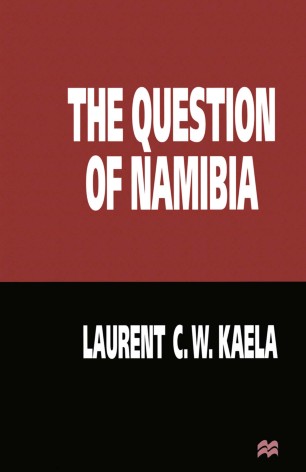 The Question of Namibia

Following the Second World war, South Africa claimed that the League of Nations mandate to administer Namibia had lapsed with the dissolution of that organization, and that it was within its power to annex it. It rejected UN efforts to have the territory placed under its trusteeship. This marked the beginning of the intractable dispute over the international status and independence of Namibia. This book analyses the role of the international community through the UN and other organizations in the search for a settlement. It gives attention to the efforts of the Western Contact Group and the people of Namibia themselves, and shows how conditions for a settlement ultimately emerged. Finally, it outlines Namibia's major post-independence challenges.