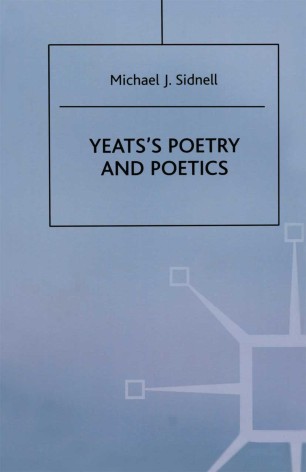 Yeats's Poetry and Poetics brings together some of the finest Yeats criticism ever published, together with some new pieces specially written for this volume. Spanning the whole of Yeats's career, the essays are organised into three main parts. The first deals with Yeats's concern with the speaking voice and its bearing on public and private readings of his verse; and on his use of certain kinds of images in his poetry and plays, from ghosts and fairies, to figures borrowed from painters and sculptors and, extraordinarily, to the actual dancer for whom he makes room in his work. The second section puts Yeats's poetry in context with the work of Synge, D.H. Lawrence, Walter de la Mare and other 'Georgians', and with that of T.S. Eliot and other modernists; assessing the continuities (real and asserted) in Yeats's long poetic career against the revolutions in the poetry of his time. The profound connections between the writings of Yeats and Joyce, including the coupling of Finnegans's Wake and 'The Wanderings of Oisin' are also examined. Rounding off the volume 'Phantasmagoria', explores the implications for his poetics of Yeats's spiritualist philosophy, especially in terms of his conception of the poetic self, and, finally, the last section analyses two works animated by Yeats's quest for the 'faery bride' and his desperate attempt to attract, through his work, a real one.