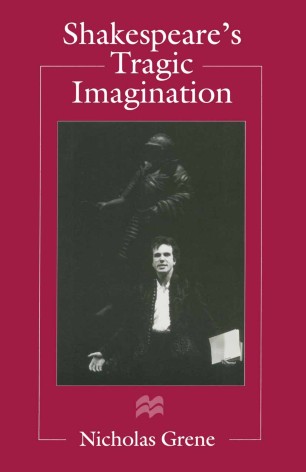 The world of Macbeth, with its absolutes of good and evil, seems very remote from the shifting perspectives of Antony and Cleopatra, or the psychological and political realities of Coriolanus. Yet all three plays share similar thematic concerns and preoccupations: the relations of power to legitimating authority, for instance, or of male and female roles in the imagination of (male) heoric endeavour. In this acclaimed study, Nicholas Grene shows how all nine plays written in Shakespeare's main tragic period display this combination of strikingly different milieu balanced by thematic interrelationships. Taking the English history play as his starting point, he argues that Shakespeare established two different modes of imagining: the one mythic and visionary, the other sceptical and analytic. In the tragic plays that followed, themes and situations are dramatised, alternately, in sacred and secular worlds. A chapter is devoted to each tragedy, but with a continuing awareness of companion plays: the analysis of Julius Caesar informing that of Hamlet, discussion of Troilus and Cressida counterpointed by the critique of Othello and the treatment of King Lear growing out from the limitations of Timon of Athens. The aim is to resist homogenising the plays but to recognise and explore the unique imaginative enterprise from which they arose.

NICHOLAS GRENE is Associate Professor of English at Trinity College, Dublin. Amongst his previous publications are Synge: a Critical Study of the Plays, Shakespeare, Jonson, Molière: the Comic Contract and Bernard Shaw: a Critical View. He has edited J.M. Synge's The Well of the Saints and co-edited Tradition and Influence in Anglo-Irish Poetry (with Terence Brown) and Shaw, Lady Gregory and the Abbey (with Dan H. Laurence)

'The principal merit of the book resides in its admixture of sustained close reading with larger reflection on the implications of the Renaissance.' - Jonathan Bate, Times Literary Supplement

'Provides a series of readable accounts of the plays written in accessible language...' - Shakespeare Survey