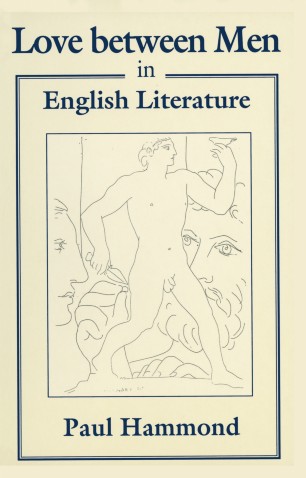 Love between Men in English Literature

This is the first book to provide an account of the representation of emotional and sexual relationships between men across English literature from the Renaissance to the modern period. Based on new research but aimed at the student and the general reader, Paul Hammond discusses major writers such as Marlowe and Shakespeare, Tennyson and Wilde, Forster and Lawrence, but also introduces less familiar texts which cast light on the homosexual culture of their periods. There is an extensive bibliography.