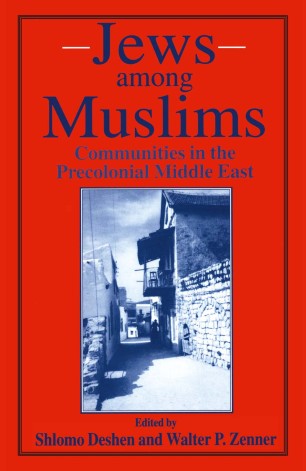 Communities in the Precolonial Middle East

Jews Among Muslims is a collection of analytical and graphic descriptions of Jewish communities in North Africa and the Middle East in the 19th and early 20th century, written by anthropologists and historians. The introductory chapters set Middle Eastern Jewry into comparative settings. Particular chapters are devoted to most of the major communities, such as Morocco, Yemen, Iraq, Iran. Among the specific topics treated are: community autonomy, religious life and leadership, women and family life, education, social etiquette.