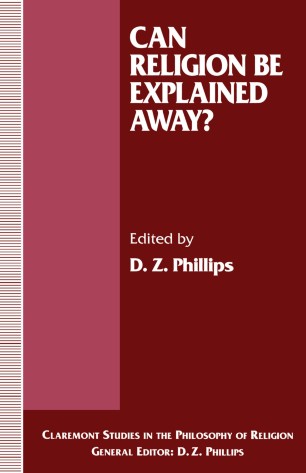 Can Religion be Explained Away?

As the century draws to its close, how should we think of religion? Some see it as the survival in our midst of an outmoded, primitive way of thinking, while others accuse the critics of simply being blind to the meaning of religious belief. From a different perspective, the clash between belief and unbelief is not seen as a matter of identifying incoherent systems of thought, but as a clash between different demands made on us by divergent ways of looking at the world. Criticisms will flow between these perspectives. There is, however, another kind of interest in this situation: an interest in giving just characterizations of these different voices, so that the nature of allegiances and oppositions to religion may be better understood.