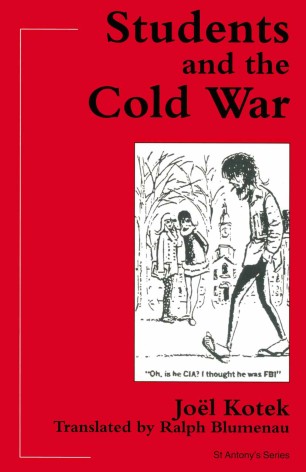 Students and the Cold War

During the military stand-off between East and West known as the Cold War, each of the two camps sought out to undermine its opponent by looking for vulnerable aspects of its society. The Soviets exploited the opportunities offered to them by the pluralism that flourished in western societies. In this respect youth and student movements were a promising target. This work describes how the Soviets attempted to manipulate Student and Youth Organizations in the West, and how western governments and intelligence agencies, notably the CIA, reacted.