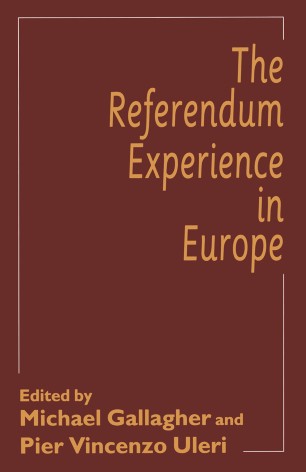 The Referendum Experience in Europe

The referendum has become established as part of the decision-making process in many European countries. Experts from each country survey the historical experience and current debates in Austria, Denmark, Finland, France, Ireland, Italy, the Netherlands, Norway, Russia and eastern Europe, Sweden, Switzerland and the United Kingdom. The impact of the referendum experience upon European politics is assessed, and the merits of the use of the referendum are evaluated, with a discussion on the implications for political parties, party systems, and representative government.