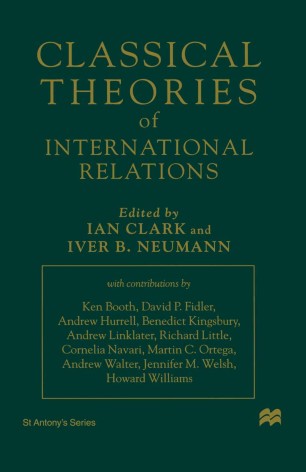 Drawing on a tripartite taxonomy first suggested by the so-called English School of International Relations of a Hobbesian tradition of power politics, a Grotian tradition of concern with the rules that govern relations between states; and a Kantian tradition of thinking which transcends the existence of the states system, this book discusses the thinking of central political theorists about the modern states system. Thinkers covered are Hobbes, Grotius, Kant, Vitoria, Rousseau, Smith, Burke, Hegel, Gentz and Vattel.