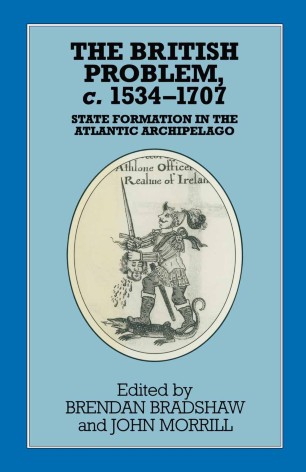 State Formation in the Atlantic Archipelago

Part of the Problems in Focus book series (PFS)

This pioneering book seeks to transcend the limitations of separate English, Irish, Scottish and Welsh histories by taking the archipelago made up of the islands of Britain and Ireland as a single unit of study. There has been little attempt hitherto to study the history of the 'Atlantic archipelago' as a coherent entity, even for the period during which there was a single ruler of both Great Britain and Ireland. This book begins with the onset of the intellectual, religious, political, cultural and dynastic developments that were to bring teh Scottish house of Stewart to the thrones of England (incorporating the ancient principality of Wales), Ireland, (a kingdom created in 1541 as a dependency of the English Crown) and to full control of Scotland itself and of its islands.

This is then a story of the creation of a British state system if not a British state. but the book is also a study of how the peoples of the archipelago interacted - as a result of internal migration, military conquest, protestant and Tridentine CAtholic evangelism - and how they were changed as a result. Ten distinguished historians representing the seperate peoples of the islands of Britain and Ireland, and teaching histort in Britain, Ireland and the USA, offer provocative and challenging new approaches to how and why we need to develop the history of each component of the archipelago in the context of the whole and to make 'the British Problem' central to that study.

BRENDAN BRADSHAW, a University Lecturer in History and a Fellow of Queen's College, Cambridge, has published extensively on Irish history and on British and European continental history, mainly of the sixteenth century.

JOHN MORRILL, Reader in Early Modern History and Fellow and Vice Master of Selwyn College, Cambridge, has published widely on British and Irish history, mainly of the seventeenth century. He and Breandan Bradshaw have taught a final-year course called 'The British Problem, 1534-1707' in Cambridge since 1988.