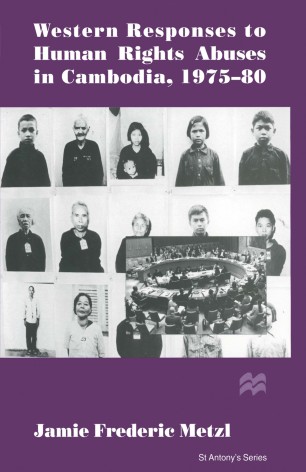 This study examines Western responses to human rights abuses in Cambodia between 1975 and 1980, years which included the murderous rule of the Khmer Rouge regime, a Vietnamese invasion, a civil war, and a famine. It argues that the Vietnamese invasion of December 1978 forced Western states to choose between the conflicting principles of promoting the individual human rights of the Cambodian people and furthering the geostrategic interests of the Western states.