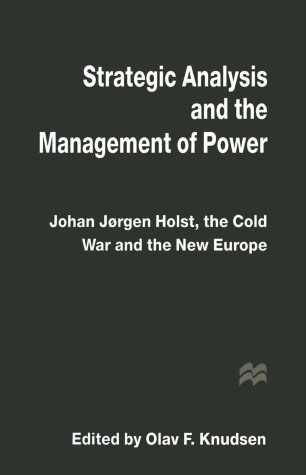 Strategic Analysis and the Management of Power

Johan Jørgen Holst, the Cold War and the New Europe

The book is a tribute to Johan Jorgen Holst, Norway's late Minister of Foreign Affairs. It considers the outstanding issues of our time: the high politics of East/West confrontation and the post-Cold War readjustment in Europe. Holst contributed significant ideas to the handling of these issues. Though representing merely a small state, Johan Holst's mastery of the subject-matter and authoritative personal presence gave him an influential voice in high-level discourse on Western policy during more than two decades.