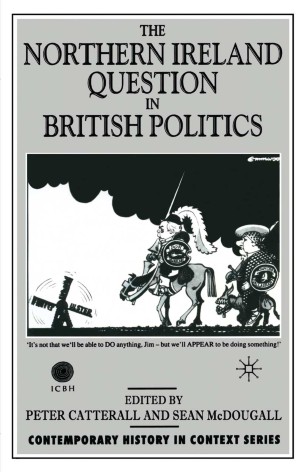 Whilst there are any number of books on the subject of Northern Ireland, few provide much guidance on how it has been handled by Westminster and Whitehall, or indeed the extent to which British governments and Parliament has tried to avoid having to handle the issue. This book provides a much needed historical context in which to assess contemporary approaches to the Northern Ireland problem and, in essays covering the period from the establishment of the Northern Ireland state to the present day, points to many often overlooked continuities in British policy.