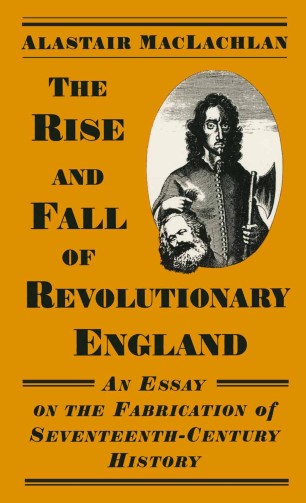 The Rise and Fall of Revolutionary England

An Essay on the Fabrication of Seventeenth-Century History

Does England have a revolutionary tradition? Against the view of a stable England pervaded by the values of compromise and gradual change, Marxist historians from the 1930s have looked to the events of the seventeenth century and argued that England could, indeed, celebrate a revolutionary past. In exploring the distinctive contribution of Christopher Hill, 'The Historians' Group of the Communist Party' and other radical historians to British historiography, this study traces the rise and fall of revolutionary England.