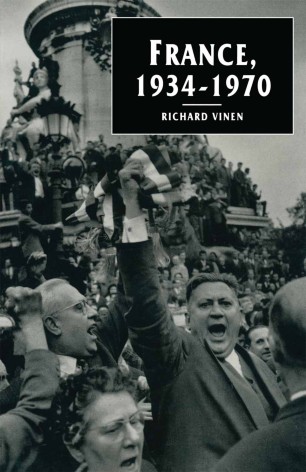 This book describes the history of France between the anti-parliamentary riots of 1934 and the death of de Gaulle in 1970. It is written as a series of interpretative essays rather than a straight chronological account. Special emphasis is laid on the broad social conflicts - between classes, sexes and generations - that underlay the complicated party politics of France. Attention is also given to the episodes - the rule of the Vichy government, the Algerian war, the 'thirty glorious years of economic growth', and the student riots of 1968 - that helped to transform the nation of Clochemerle into that of Concorde.