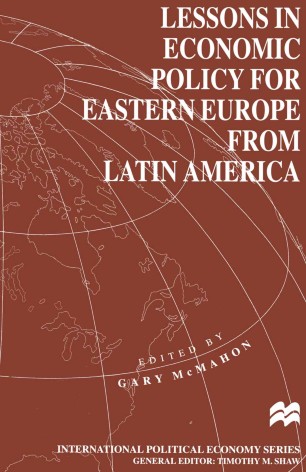 Lessons in Economic Policy for Eastern Europe from Latin America

In the 1980s a large number of Latin American countries undertook stabilization and structural adjustment programmes similar, though smaller in magnitude, to the ones that Eastern Europe is now undergoing. In this book, economists from four different Eastern European countries analyze the relevance of the Latin American experience for their own countries in the areas of fiscal policy, privatization, monetary policy, and the external sector. The book also contains two chapters with the perspective of Latin Americans as well as a synthesis of the entire volume.