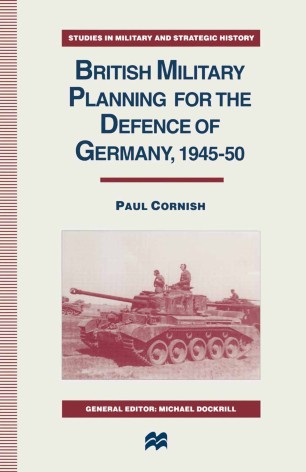 Using recently released archive material, British Military Planning for the Defence of Germany, 1945-50, reassesses Britain's strategy for the defence of Germany up to the outbreak of the Korean War. Convinced of the capabilities of strategic air power with atomic weapons, and convinced that the defence of the Middle East should be the first call on British planning, Britain's military chiefs made a series of token gestures designed to boost French morale and consistently refused to make a genuine 'continental commitment' of operational troops.