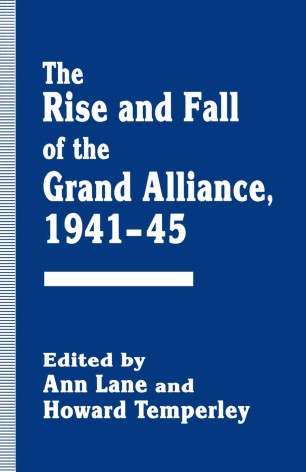 This collection by leading British and American scholars on twentieth century international history covers the strategy, diplomacy and intelligence of the Anglo-American-Soviet alliance during the Second World War. It includes the evolution of allied war aims in both the European and Pacific theatres, the policies surrounding the development and use of the atomic bomb and the evolution of the international intelligence community. It also considers the origins and consequences of inter-allied economic relations as they emerged during the war and the personal relationship between Winston Churchill and Franklin D. Roosevelt.