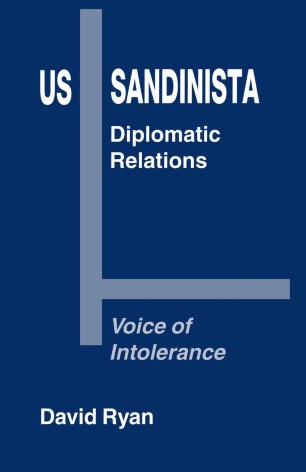 'It is riveting. Ryan provides us with one of the best accounts of the Raegan-era foreign policy available, dealing with a portion of history that took place in Central America in the Eighties. For future historians of the Cold War, Ryan's book will be a necessary point of reference.' - Bernardo Sepulveda Amor US-Sandinista Diplomatic Relations examines the reasons why agreement was not reached between the United States and Nicaragua between 1979 and 1990. The traditional US hegemonic approach to the region was applied to the Sandinista revolutionary government which the Reagan administration wanted out of power. Washington's responses to the various attempts at finding a diplomatic solution were to block agreement where possible, but concurrently demonstrate support for diplomacy to encourage Congressional support for the ongoing low intensity conflict.