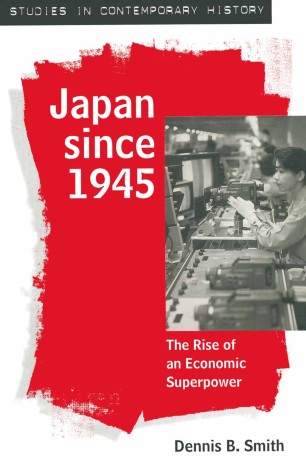 The Rise of an Economic Superpower

Part of the Studies in Contemporary History book series (SCE)

Few historians have attempted an account of Japan since 1945 yet the country's emergence as the second largest economy in the world has been one of the most dramatic and significant developments since the Second World War. Dennis Smith's work takes a deliberately historical approach in the belief that it is impossible to assess the nature of post-war Japan's achievement without first considering the significance of the pre-war and wartime legacy. It blends politics and economics, aware that in Japan the close links between the worlds of politics, government and of business deny rigid divisions.