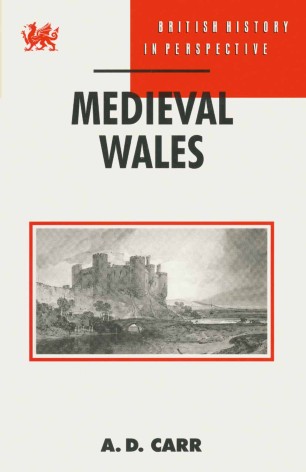 This volume examines the main themes in Welsh history from the coming of the Normans in the eleventh century and their impact on Welsh society and politics to the fall of the Duke of Buckingham, the last great marcher magnate, in 1521. It also looks at the part played by the leaders of the native Welsh community in the years after the conquest of 1282-3. This is one of the less familiar aspects of the medieval history of the British Isles, but one in which there has been an increasing interest in recent years

Wales lost its independence in 1282. Owain Glyn Dwr led a revolt in the early fifteenth century. Henry Tudor was of Welsh descent and landed in Milford Haven in 1485. These are the most familiar facts about the History of Medieval Wales, and today this history is often presented as nothing more than a romantic story of princes and castles. But there is a great deal more to it. Like every other nation, Wales has a history and identity of its own, and Edward I did not bring that history to an end. Unlike England it was not conquered by the Normans. In the thirteenth century the native princess of Gwynedd tried to create a single Welsh principality, and for a short time came close to success. The fourteenth century was much a period of crisis for Wales as for every other part of Europe and the effect of the Black Death lasted a long time. The fifteenth century saw the leaders of the community move on to a wider political stage.
Why did conquest come in 1282? Who was Owain Glyn Dwr and why did he rebel? Why was Henry Tudor's bid for power based in Wales and what gave him credibility there? Dr Carr considers these questions and suggests some possible answers as he examines one of the less familiar areas of British History.

A. D. CARR is a Senior Lecturer in Welsh History at the University if Wales, Bangor. He has published extensively on the History of medieval Wales and has a particular interest in the social and economic history of the later middle ages, in Anglo-Welsh political relations and in Welsh involvement in the Hundred Years War. His most recent book, Owen of Wales: The End of the House of Gwynedd, examines the welsh people who fought in the war on the French side