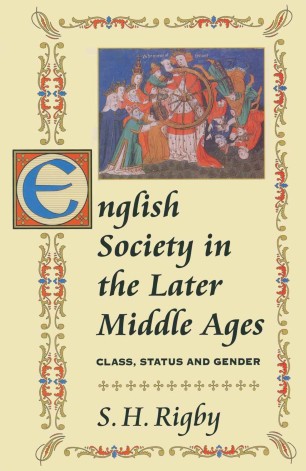 What was the social structure of England in the period 1200 to 1500? What were the basic forms of social inequality? To what extent did such divisions generate social conflict? How significantly did English society change during this period and what were the causes of social change? Is it useful to see medieval social structure in terms of the theories and concepts produced within the medieval period itself? What does modern social theory have to offer the historian seeking to understand English society in the later middle ages? These are the questions which this book seeks to answer. Beginning with an analysis of class structure of medieval England, Part One of this book asks to what extent class conflict was inherent within class relations and discusses the contrasting successes and outcomes of such conflict in town and country. Part Two of the book examines to what extent such class divisions interacted with other forms of social inequality, such as those between orders (nobility and clergy), between men and women, and those arising from membership of a status-group (the Jews). Dr Rigby's discussion of medieval English society is located within the context of recent historical and sociological debates about the nature of social stratification and, using the work of social theorists such as Parkin and Runciman, offers a synthesis of the Marxist and Weberian approaches to social structure. The book should be extremely useful to those undergraduates beginning their studies of medieval England whilst, in offering a new interpretative framework within which to examine social structure, also interesting those historians who are more familiar with this period.