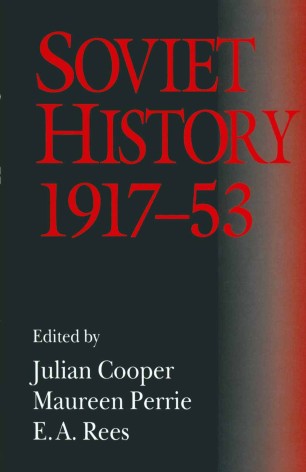 This work presents eleven studies in the field of Russian/Soviet economic and social history, which have been specially commissioned as a tribute to Professor R.W. Davies. Each chapter highlights a particular area of controversy, and illuminates the process of policy formation in this critical period of Soviet development. Together they provide an overview of the period 1917-1953.