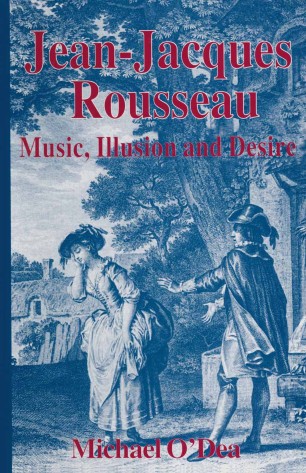 '...discusses virtually all the musical writings which figure in this tome of the Oeuvres completes and may even be read as a companion volume, providing a key to the understanding of its various texts...O'Dea's vividly textured and finely nuanced reading of Rousseau's musical imagination plainly does complement the Pleiade collection in two striking ways...it offers a general interpretation of the place of the philosophy of music in Rousseau's thought that is addressed to concepts which flit in and out of particular works, articulated in a voice whose clarity of tone is unmatched by a chorus of editors. Second, it pursues its case across a range of texts spread far beyond the limits of any collection of Rousseau's essays on music.' - Robert Wokler, French Literature This new study of Jean-Jacques Rousseau suggests that his early articles on music for the Encyclopidie give a unique insight into his thinking on aesthetics, affectivity and desire. Rousseau is shown as moving subsequently between two opposed tendencies. He celebrates the voice as the vehicle for the most intense moments of human experience but also frequently attacks the surrender to passion implicit in that celebration, denouncing the arts and arguing that women must be confined to the domestic sphere.