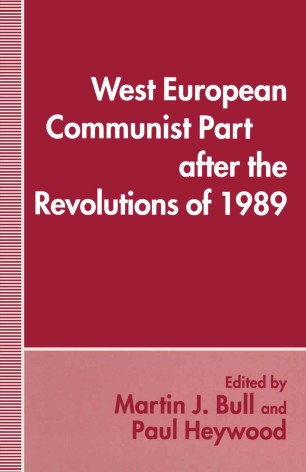 West European Communist Parties after the Revolutions of 1989

This book analyses the impact of the collapse of communism in Eastern Europe and the former Soviet Union on the Communist Parties of Western Europe. Seven case-studies, covering the Italian, French, Spanish, Portuguese, Belgian, British and German parties, provide a tightly-argued comparative perspective. The conclusion assesses the range of responses to the dramatic events of 1989-91 and likely future direction of the west European communist movement. It is argued that, whilst it is no longer possible to talk of a coherent 'family' of communist parties, various individual parties - some of them in revised form - may continue to prosper.