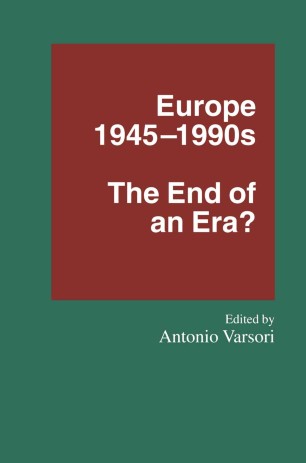 The End of an Era?

The book, which is the outcome of an international conference held under the auspices of the University of Florence, aims at sketching out, through the contributions by distinguished scholars from various nationalities, the origins and characteristics of the system which has been imposed on Europe between the end of the Second World War and the mid-1950s, as well as at analysing the most important consequences of the events which, from the fall of the Berlin Wall to the 'end of the cold war', have radically transformed the European scene.