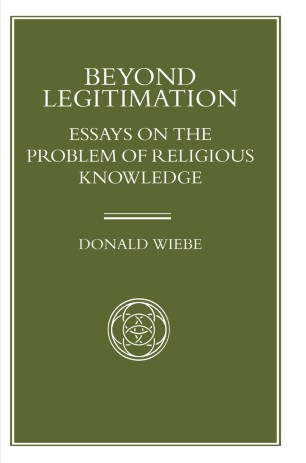 Essays on the Problem of Religious Knowledge

The early essays in this volume proceed on the assumption that a compatibility system can be fashioned that will not only bring religious knowledge claims into harmony with scientific claims but will also show there to be a fundamental similarity of method in religious and scientific thinking. They are not, however, unambiguously successful. Consequently Professor Wiebe sets out in the succeeding essays to seek an understanding of the religion/science relationship that does not assume they must be compatible. That examination, in the final analysis, reveals a fundamental contradiction in the compatibility system building programme which more than suggests that religious belief (knowledge) is beyond legitimation.