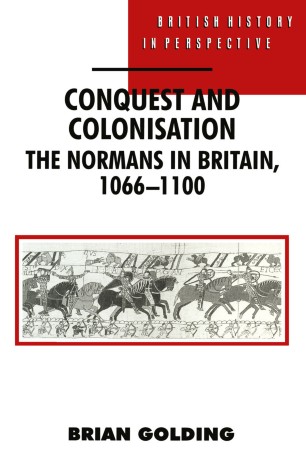 This study examines the Norman settlement of Anglo-Saxon England that was begun before 1066 but which was made permanent by military conquest between 1066 and 1071. The Norman transformation of England was slow and fitful, however, politically and militarily reliant upon a divided opposition for success, and was to a large extent confined to the upper strata of government and society. The impact of this colonising venture, though deep, varied in intensity, and the resultant state was the product of interaction between conquerors and conquered.