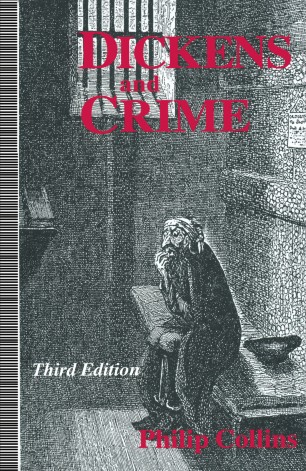 'One of the best social commentators on Dickens...models of historical scholarship.'- Gertrude Himmelfarb, Distinguished Professor of History, City University of New York. This classic of Dickens criticism, now in its third edition, provides a fascinating insight into Dickens's thinking and writing on crime. Extraordinary in character, as well as literary skill, he displayed a shrewd insight into the criminal character, whilst demanding tough penalties for those who broke the law. At one stage attracted to a career as a metropolitan magistrate, Dickens turned instead to fiction and discovered there an outlet for his enduring fascination with the darker side of human nature. Thieves, cheats and murderers people the pages of his novels, few of which are without some serious crime. But the treatment of crime for Dickens was far more than an authorial device: it was a focal point for his deep concern with social problems and played a vital role in his attempt to understand these ills. Dickens and Crime continues to be one of the most significant and illuminating studies into Dickens's creative imagination, and its reappearance in print will be warmly welcomed by scholars and general readers alike.