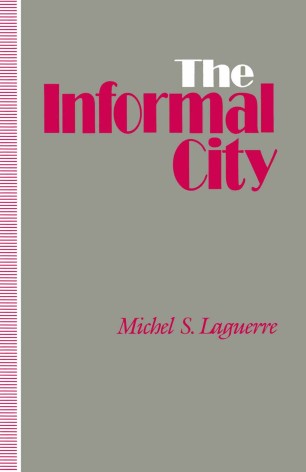 In this book, Michel S.Laguerre argues that there exists an informal city located just beneath and in the interstices of the formal city. The metaphor is not geographical, but rather structural and hermeneutical. This is the city where manoeuvres that cannot be done publicly, legally, ethically or otherwise are performed. The author shows with illustrative data drawn from the American urban experience - the San Francisco-Oakland Metropolitan area - why and how the informal city must be seen as the hidden dimension of the formal city.

MICHEL S. LAGUERRE is Professor of Social Anthropology and Afro-American Studies and a Member of the Executive Committee of the College of Letters and Science at the University of California at Berkeley.