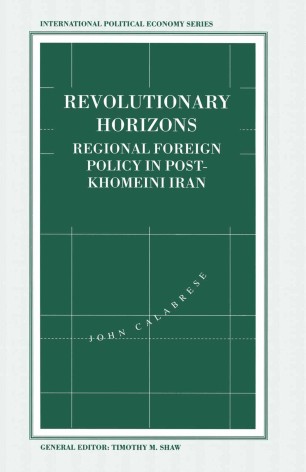 This study examines the sources, characteristics and implications of post-Khomeini Iran's foreign policy. It concentrates on two geographic 'zones of interest': one composed of the countries which surround Iran; the other comprised of Islamic governments and movements beyond Iran's borders. It argues that fears, not just ambitions, have yielded a policy increasingly co-operative (especially in the economic sphere) yet in some respects still confrontational.