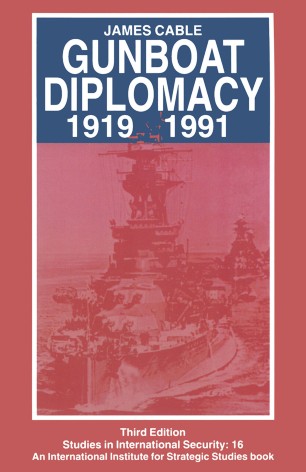 Part of the Studies in International Security book series (SIS)

`James Cable's book...has deservedly remained the classic work' - Geoffrey Till, International Relations`...a classic work in the modern literature on naval power...This third edition is to be welcomed, not only because it increases the book's availability but because Cable's revisions highlight the increased relevance of the topic.' - Michael Pugh, Journal of Strategic Studies When Gunboat Diplomacy was first published in 1971, it broke new ground with its study of how, in peacetime and in the twentieth century, governments used their naval forces in international disputes. Now fully revised and brought up to date after the collapse of the Soviet empire and the end of the cold war, this third edition of a book that was already a modern classic has a foreword by Admiral of the Fleet Sir Julian Oswald.