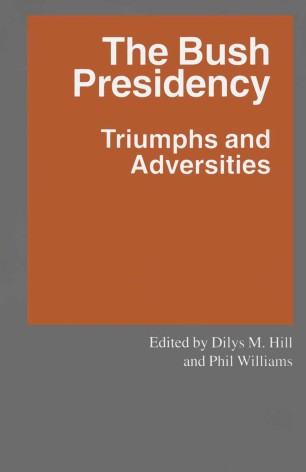 The four years of the Bush presidency cover a momentous era in American and world history. In international affairs the events in Eastern Europe and the then Soviet Union in late 1989 gave the President a high profile. The advent of the 'New World Order' made the United States pre-eminent: the triumph of the West was assured, with the added bonus of the 'peace dividend' as arms control agreements and defense savings seemed imminent. The President's personal popularity flourished in this climate and reached a new peak with the triumph of the allied forces in the Gulf War. The Gulf conflict saw Bush at his most decisive: firm in his moral stance, skilled in his action to bring together allied support backed by the United Nations, and confident in his handling of public opinion.