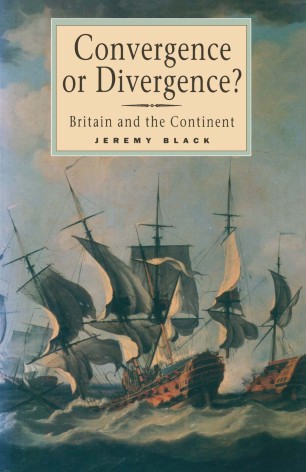 Britain and the Continent

Relations with Continental Europe have been a central issue in British history. Several crucial questions can be identified: first, how similar or dissimilar was Britain, to other European countries in respect of its economy and political culture?; secondly, how far can similarity and difference be understood in terms of convergence and divergence, or of roughly parallel tracks reflecting and sustaining longstanding differences?; thirdly, did British people feel themselves to be Europeans?; fourthly did the British people take an informed and sympathetic interest in what was happening on the Continent, or did their ignorance of Europe lead to insularity and xenophobia?; and fifthly, to what extent was the British stage, and Britain as a whole involved in the affairs of Europe, diplomatically, militarily, economically, culturally? This wide-ranging, thoughtful and provocative study tackles these questions from the late Iron Age to the current debate about European integration. It is at once an important contribution to British history and a crucial work for those seeking to understand Britain's past and present position in Europe.

Jeremy Black is Professor of History at the University of Exeter, UK. He is an authority on early modern British and continental European history, with special interest in international relations, military history, the press, and historical atlases. A prolific historian, he is the author of over sixty books in addition to over a dozen edited volumes. He edits the following series for Palgrave Macmillan: British Studies, Social History in Perspective, European History in Perspective and Palgrave Essential Histories.