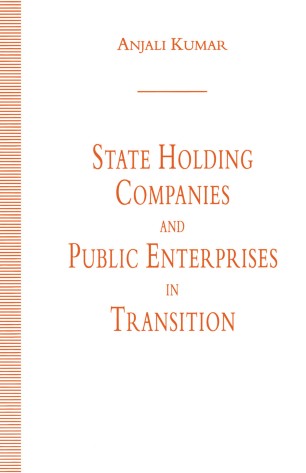 '...very valuable for both policy-makers and researchers...' Professor Athar Hussain, Director, Development Economics Research Programme, STICERD, The London School of Economics and Political Science 'The really novel idea is to bring together the experience of three rather diverse countries and then to discuss Eastern Europe in the light of this experience. State holding companies are likely to play a major role in Eastern Europe over the next ten years or more but very little has been written on them and few of the people advising the East Europeans have any real knowledge about them.' Professor Robert Rowthorn, University of Cambridge '...rich and substantial...' Professor John Toye, Institute of Development Studies, University of Sussex '...most informative...The conclusions are appropriately restrained, well-balanced and wise...The emphasis on the differences between portfolio management and enterprise management is a distinction that East Europe will eventually have to learn.' Raymond Vernon, Emeritus Professor, John F.Kennedy School of Government, Harvard University Large and poorly performing state-owned enterprises pose a problem for countries attempting to move away from government controls towards more liberal economic environments. Privatization is an unproven solution which is proving difficult to implement on a major scale. Intermediate solutions may therefore prove to be the way forward. This book focuses on one of these: the state holding company. It first discusses the state holding company as a managerial form, which permits decentralised public enterprise management, and offers a framework for its analysis. Then, drawing upon the experience of both developed and developing countries, it examines the extent to which the indirect state ownership of public enterprises through holding companies can contribute to transition processes. It shows that the experience of countries like Italy, Egypt and Algeria has direct relevance for institutional structures evolving in the newly transforming countries of Eastern Europe, which are struggling to find a balance between public enterprise ownership and efficiency.