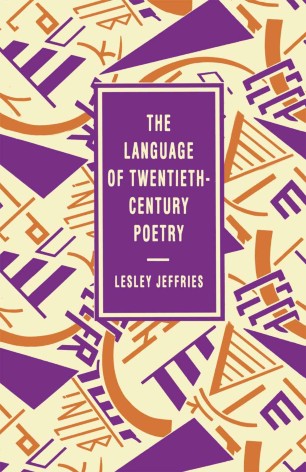 The Language of Twentieth-Century Poetry

Part of the The Language of Literature book series

This book draws on examples from throughout the twentieth century to illustrate the diversity of techniques used in this century's poetry. Organised according to linguistic themes, rather than chronologically, the chapters introduce the reader to the more subtle uses of sound, structure and meaning as well as illustrating well-known techniques handed-down from the poetic tradition. Examples are taken from the famous writers of the twentieth century, such as Yeats, Eliot and Plath and from less well-known poets. The book culminates in a chapter which draws together the linguistic themes into an integrated analysis of two rather different poems.

Lesley Jeffries is Professor of English and Director of the Stylistics Research Centre at Huddersfield University, UK. She is co-series editor (with Dan Mcintyre) for Palgrave's Perspectives on the English Language, and has published on the style of contemporary poetry and ideology in news reporting and political discourse. She is also co-editor of Babel: The Language Magazine.