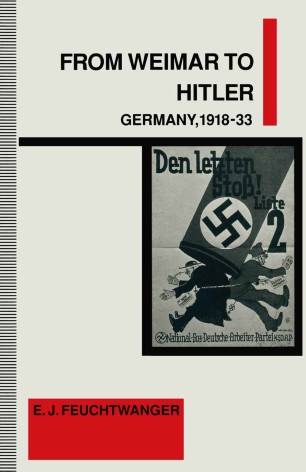 From Weimar to Hitler

Weimar Germany continues to fascinate and to inspire controversy. Particularly in Germany there has been a spate of recent research which calls for a fresh synthesis. This book takes a new look at the current debate on the major themes, the revolution, hyperinflation, Weimar welfarism, the labour movement, the liberal intelligentsia, the Conservative Revolution, the policies of the Bruning government and the rise of Nazism. It highlights the interconnections in a complex society between developments in different spheres and shows that Hitler's assumption of power was never inevitable.