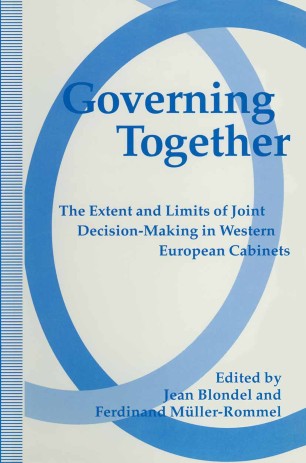 Parliamentary cabinets are supposed to be collective bodies, taking their decisions on the basis of agreements among all the members. Yet much has been made of the growth of the role of prime ministers, not just in Britain, but all over western Europe. Much has also been made of the trend towards letting cabinet decisions be taken by committees or even by individual ministers. It is indeed true that twenty men and women, meeting only a few hours a week, cannot take all the decisions of the State. These are the issues which this study examines, on the basis of the replies of over 400 cabinet ministers across western Europe. The result is the first truly empirical analysis in a subject on which what has been known so far has tended to be speculation.