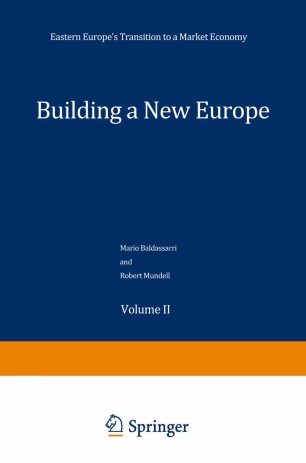 Building the 'New Europe' is at the core of the new international economic and political initiatives leading the world through the nineties and toward the twenty-first century. This challenge rests on dual processes: on the one hand, the European Community-wide single market and monetary integration; and, on the other, the East European transition to the market place and integration with Western economies. The volume is divided into two parts. The first section includes essays on the general and specific topics linked to the transitions to a market economy and to a pluralist political system. The second section comprises essays on individual countries, such as Hungary, Poland, Yugoslavia and the Republics of the former Soviet Union.