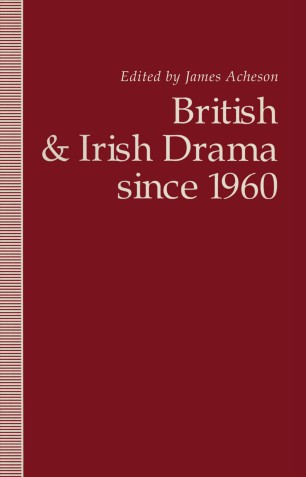 British and Irish Drama since 1960

The fifteen essays in this collection, published here for the first time, survey the work of some of the major British and Irish dramatists since 1960. Included are four dramatists - Samuel Beckett, Harold Pinter, Peter Shaffer and Peter Nichols - who began writing plays before 1960, and whose work since then has continued to develop interestingly. Most of the dramatists considered here, however, are those who have begun writing more recently, and who illustrate some of the distinctive characteristics of British and Irish drama of our time.