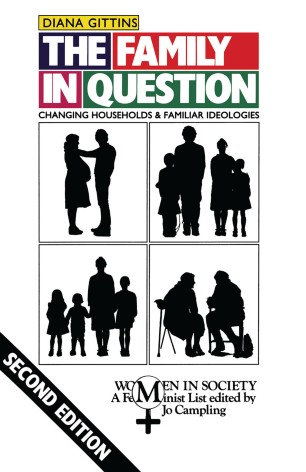 After a decade of Thatcherism, rising illegitimacy and the moral panic over child sexual abuse, the family is more of a political issue than ever. But is it 'the family' that is in crisis, or family ideology? In this revised edition of an important and controversial book, Diana Gittins adds to a broad range of historical, anthropological and feminist evidence, a new chapter on child sexual abuse.

DIANA GITTINS worked in higher education for ten years. She is the author of Fair Sex (Hutchinson, 1982) and a number of articles and essays on gender, families and childhood. She works as a consultant to the Open University and also writes poetry and fiction.