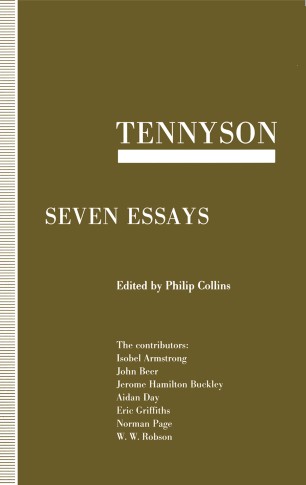 These essays are lectures, mostly revised or expanded, given to the Tennyson Society by leading Victorianists, including one of the doyens of Tennyson studies, Jerome H. Buckley (Harvard). In Memoriam and Maud are central texts but many other poems are discussed - lyrics, dramatic monologues, narratives, ballads - and such recurrent topics as loss, the numinous, and distance in space and time. The poems are related to their intellectual context and to other poets from Wordsworth to Edward FitzGerald.