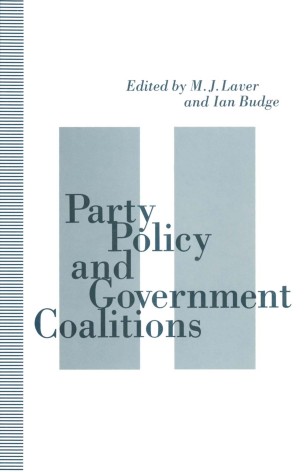 Coalitions are the commonest kind of democratic government, occurring frequently in most countries of western Europe. It is usually assumed that political parties came together in a government coalition because they agree already, or can reach an agreement, on the policy it should pursue. This book examines this idea using evidence from party election programmes and government programmes. It demonstrates that party policies do influence government programmes, but not to the extent they would if policy-agreement were the sole basis of coalition.