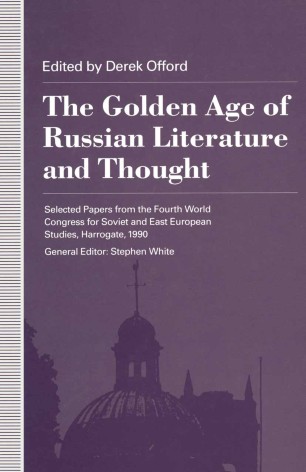 The Golden Age of Russian Literature and Thought

The volume contains ten new essays on Russian literature and thought of the classical age (roughly 1820-1880). The essays are based on papers delivered at the Fourth World Congress for Soviet and East European Studies held at Harrogate in July 1990. It strikes a balance between fresh work on major authors (Pushkin, Lermontov, Turgenev and Dostoevsky), important work on hitherto neglected minor authors (Marlinsky, Pisemsky and Boborykin), and studies that relate to thinkers of the period (Chaadaev, Herzen and Bakunin).