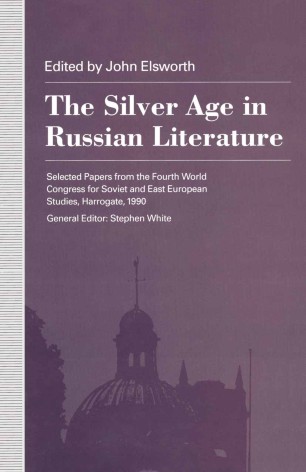 The Silver Age in Russian Literature

This volume consists of ten essays by scholars from the Soviet Union, the United States and New Zealand on aspects of Russian literature of the late nineteenth and early twentieth century. With the exception of Gorky, all the authors considered belong to one or another branch of the Modernist movement. They include Ivan Konevskoi, who died tragically young in 1901, the poets Maksimilian Voloshin, Viacheslav Ivanov and Benedikt Livshits, and the prose writers Fedor Sologub, Andrei Belyi and Evgenii Zamiatin.